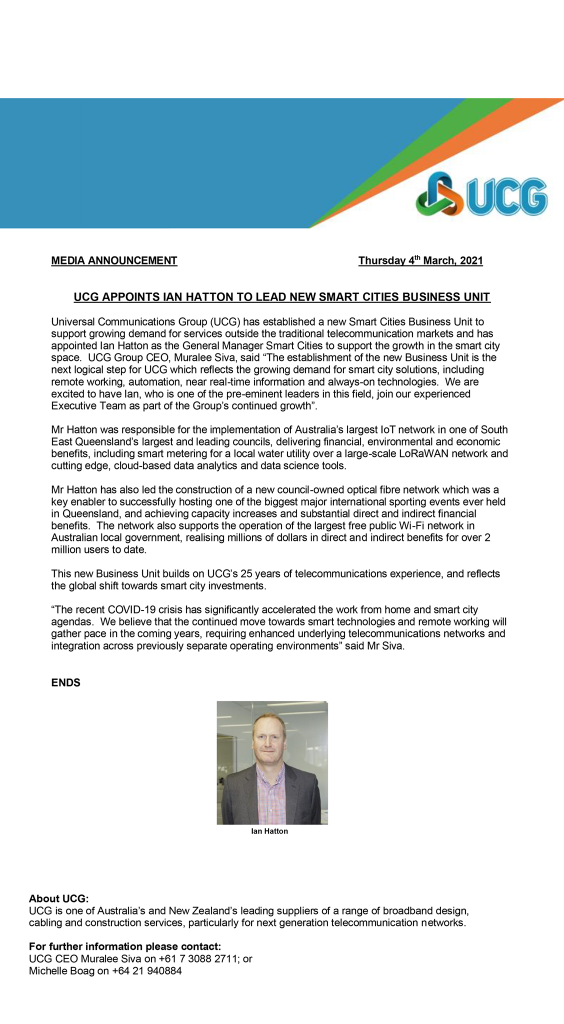 Universal Communications Group (UCG) has established a new Smart Cities Business Unit to
support growing demand for services outside the traditional telecommunication markets and has
appointed Ian Hatton as the General Manager Smart Cities to support the growth in the smart city
space. UCG Group CEO, Muralee Siva, said “The establishment of the new Business Unit is the
next logical step for UCG which reflects the growing demand for smart city solutions, including
remote working, automation, near real-time information and always-on technologies. We are
excited to have Ian, who is one of the pre-eminent leaders in this field, join our experienced
Executive Team as part of the Group’s continued growth”.

Mr Hatton was responsible for the implementation of Australia’s largest IoT network in one of South
East Queensland’s largest and leading councils, delivering financial, environmental and economic
benefits, including smart metering for a local water utility over a large-scale LoRaWAN network and
cutting edge, cloud-based data analytics and data science tools.

Mr Hatton has also led the construction of a new council-owned optical fibre network which was a
key enabler to successfully hosting one of the biggest major international sporting events ever held
in Queensland, and achieving capacity increases and substantial direct and indirect financial
benefits. The network also supports the operation of the largest free public Wi-Fi network in
Australian local government, realising millions of dollars in direct and indirect benefits for over 2
million users to date.

This new Business Unit builds on UCG’s 25 years of telecommunications experience, and reflects
the global shift towards smart city investments.

“The recent COVID-19 crisis has significantly accelerated the work from home and smart city
agendas. We believe that the continued move towards smart technologies and remote working will
gather pace in the coming years, requiring enhanced underlying telecommunications networks and
integration across previously separate operating environments” said Mr Siva. 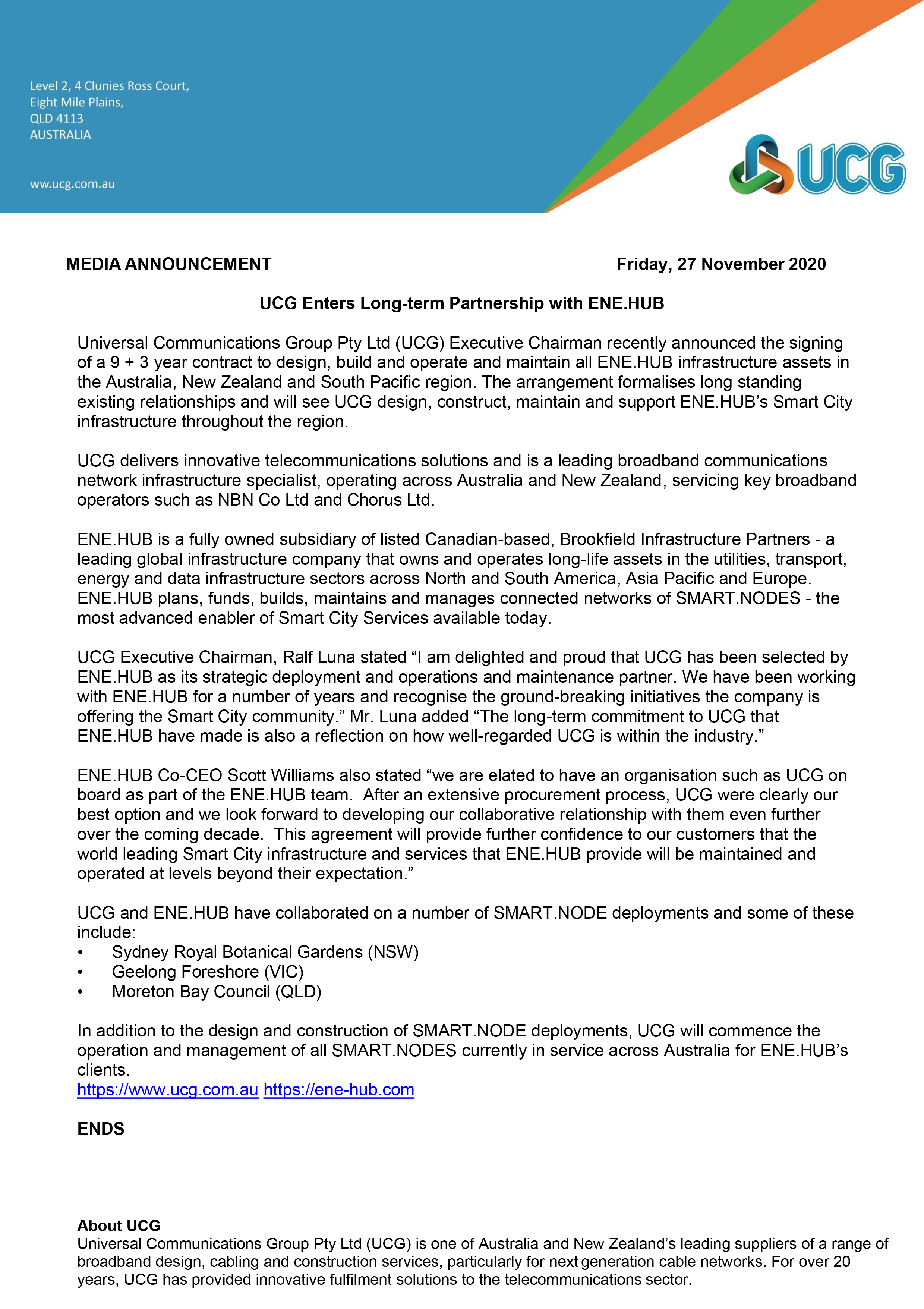 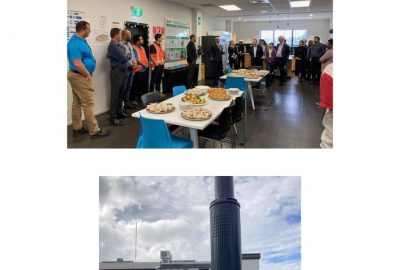 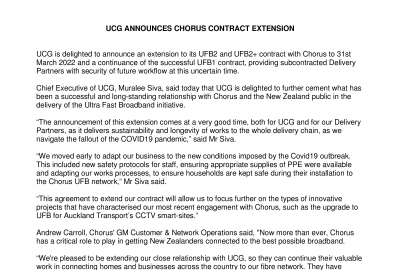 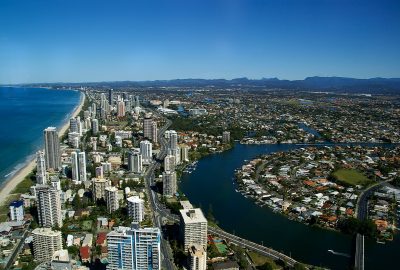 First published in: 9News Move over Sydney, Melbourne and Brisbane – the Gold Coast is…

Chorus Ltd announced today that after an extensive tendering process, it has awarded a major…